Forming air leakage, high noise, first forming leveling, inching control screen, when the molding upper mold at the low point to stop, and then the lower mold fitting on the mold, and keep all sides equal to further pre-tightening, later adjustment in the pre-tightening process should not only maintain no air leakage or less air leakage, but also ensure that the molding noise is not too big.

Shape encoder parameters adjustment, inching, when the upper and lower mold just fitting immediately stop, you can try several times, find a suitable point. There are encoder synchronization values in the upper right corner of the control screen.

Molding adjustment, point, when the mould and lower mould has 0.5 mm clearance stop or be asked in the mold put a layer of PVC, then the mould joint on the mould, and then through the PVC plate, heat, running at a speed of 25 to 35 cut/min, which Angle is the bolt tightening the Angle of leak until not leak, of course, if the adjustment bolt tight then forming of the noise, the greater the on the basis of not shape ring forming minimize bolt fastening and molding pressure seal is simply the minimum bolt pre-tightening force.

Molding mold disassembly and maintenance problems, forming dies often removed, so prone to die cut, or powder iron into mould lead to mold damage or block mold vent, if found a scar, forming the PVC surface forming suddenly leak, or random shape pattern, considering there are impurities in the mold, if it is found that is always a bubble forming when not in full to molding vent may be blocked.

Forming bubbles is not a straight line, first to see if the bubbles in a straight line, if there is no point move to upper and lower mould 3 a 5 mm can be separately, then loosen the mould on the fixed handle, gently rotate on mould, PVC toward the side inclined to rotate in the opposite direction, adjust the boot up again after forming, until in a straight line, after the mold tool as a benchmark by qi.

When the equipment is in normal operation, the forming bubbles suddenly are not full, the sealing lines are not clear, and when the sound of air pressure blowing becomes smaller, stop the machine immediately to check whether the air pressure of the main source is lower than 0.5mpa. 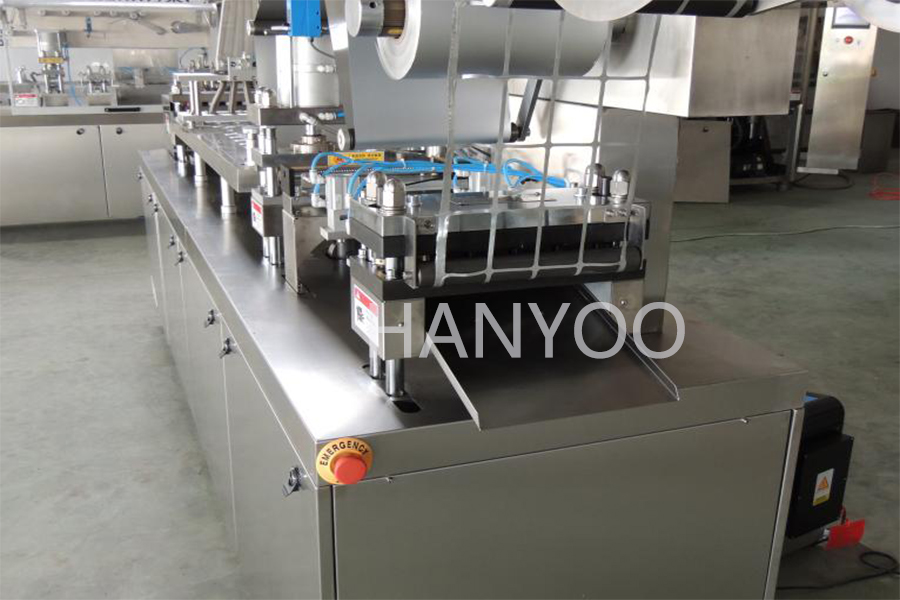