You are here: Home » News Room » PRODUCTS NEWS » How to solve the tablet falling off of the press machine?

Tablet pressing machine refers to the machine that presses particles or powdery materials into the forming hole to make tablets. In the production process of Chinese and western medicine, tablet press is one of the essential equipment. In recent years, China's environmental pollution has become increasingly serious, GMP standards have also been improved. These devices have a variety of functions and can meet the needs of different industries. There are more and more pressing machines on the market, such as single stamping machine, flower basket type pressing machine, rotary pressing machine.

However, in the process of using the machine, users often react that the tablet pressing process is not smooth. For example, a pharmaceutical company recently claimed that its equipment for making tablets was not good and that the tablets fell off. A technician at the tablet factory said that the spalling that occurs when the tablet is removed from the forming hole is called a lobe. Sometimes a crack in the middle of the pill splits in two, but that rarely happens. For this reason, technicians analyzed the causes of the fragmentation phenomenon and sorted out its contents.

Reason: It is reported that the reason for the fragmentation of dust particles in the granulation process is usually too much fine powder, and the compressed air does not overflow when it is compressed. The compression speed is too fast, and the clearance between the punch and the die hole is relatively small. The air is closed, and the air begins to expand after the pressure, which will lead to debris. When this happens, fine powder particles must be removed to allow the air in the tablet to escape.

Insufficient compression characteristics of particles will lead to pressure inequality during compression. Because of the greater elasticity of the particles, lobes are formed during the pressing process. After pressurization, the elastic recovery after pressing is relatively high.

Too much stress can also cause lobe symptoms. In this case, we can reduce the pressure appropriately to avoid the lobes. 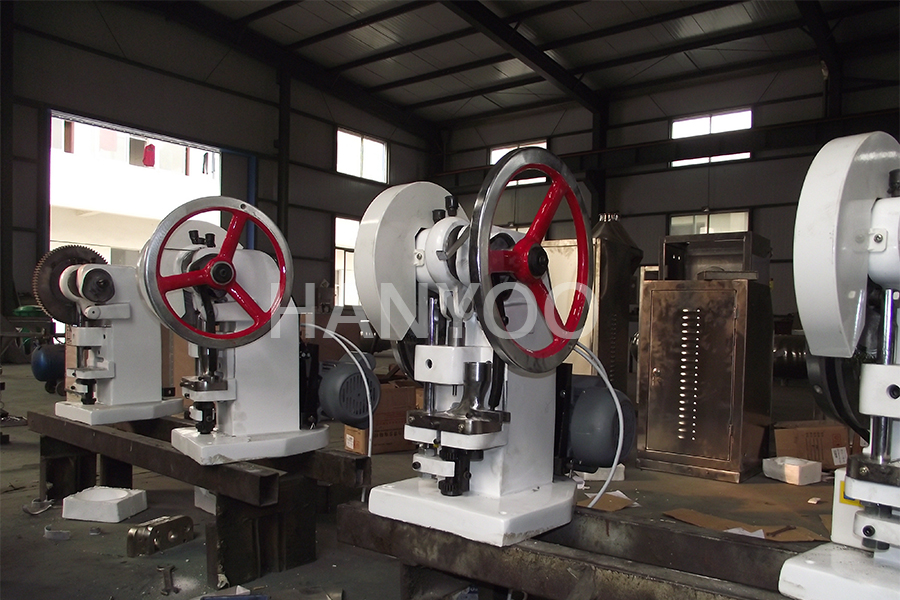