2, when the machinery and equipment to stop using the membrane within the heat sealing plate stay for a long time, can also lead to membrane by too much heat, shrink film showed when use, should be to ensure that the film has been running in the process of production, reduce the number of key, can effectively avoid the film heat and contraction deformation problems more, Causes the film to appear in the use process has the wrinkle phenomenon.

3. We are a professional manufacturer of vacuum packing machine. The stretch film vacuum packing machine produced by our company can be equipped with automatic coding system according to the packaging requirements of users. Using the United States original high sensitive photoelectric sensor, accurate packaging of color film, reduce costs, improve the grade of products. Adopts German imported chain, suitable for various thicknesses of soft film, hard film and semi-hard film stretch forming, can be special packing. 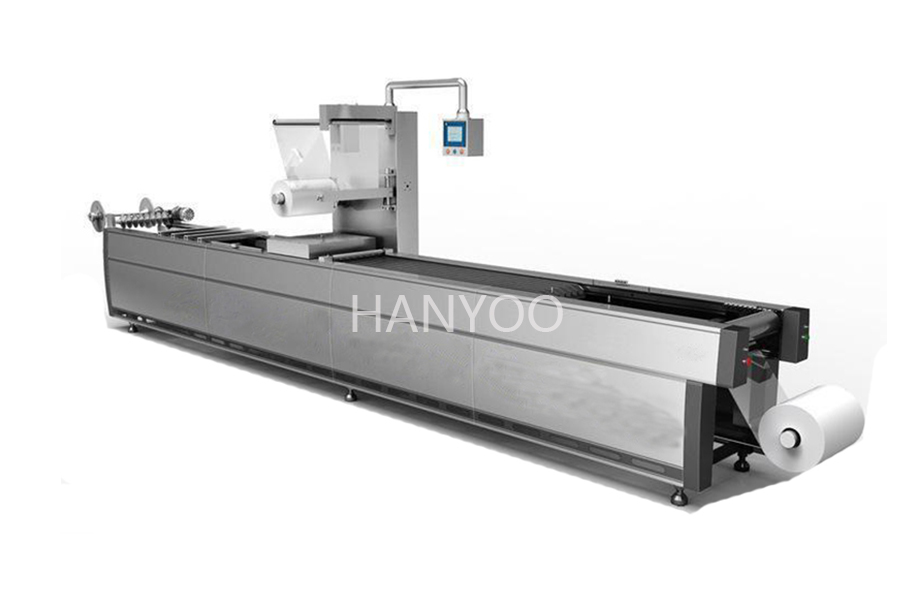