At present, most of the forced feeding system of the tablet press mainly consists of three parts, which are introduced as follows:

(1) the hopper part, mainly plays the role of storing materials, and the lower part is connected with the forced feeder;

(2) Reducer motor part, is the power source of the forced feeding system, mainly including three-phase/single-phase motor and worm gear reducer, controlled by frequency converter, the output speed is adjustable, the lower part and the forced feeder connection;

Forced feeder structure is mainly the use of gear meshing to reduce the one-way rotation of the motor into the reverse rotation of the two dial impeller, the use of dial impeller from the material cavity filled into the rotary table in the die hole. The shape and internal size of the forced feeder are different according to different models, and the same model product is different according to the design idea of the designer. But its role is the same, which is to fill the material into the die hole of the turntable, that is, to complete the function of feeding. 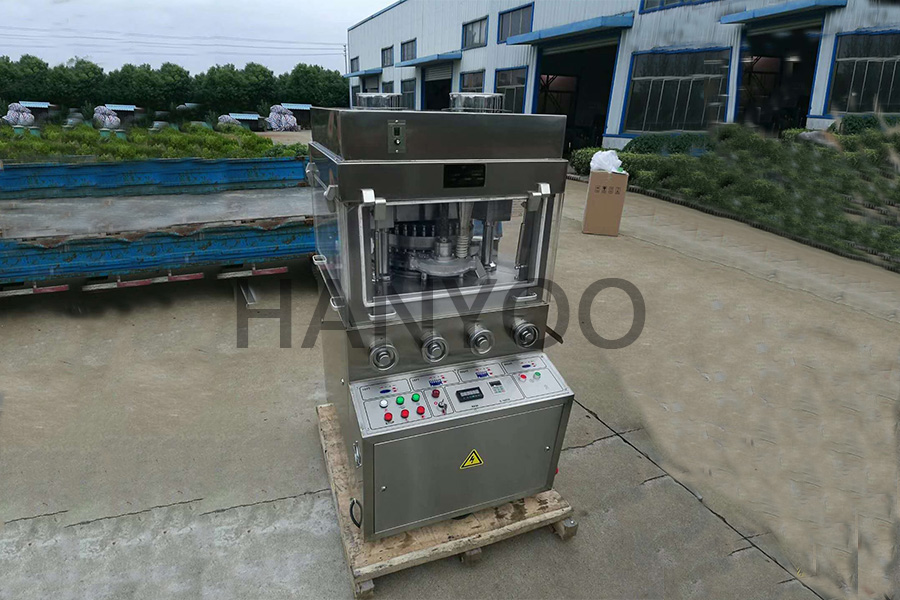