You are here: Home » News Room » PRODUCTS NEWS » The structure of the tablet press

A machine that presses particles or powder materials into a forming hole is called a tablet press. Early tablet presses consisted of a set of particle-shaped presses that moved up and down with the punch. This machine was called the tablet press, which later evolved into the tablet press and the basket press. The working principle of both presses is still the unidirectional press, which is based on the manual press. In other words, the press is fixed, immersed in the press, only the upward pressure movement will produce pressure. As a result, due to the inconsistency of the upper and lower forces, the plate internal density is not uniform, prone to cracking and other problems.

In view of this shortcoming of unidirectional stamping machine, a kind of multi - wheel multi - stamping machine began to appear. At the same time, the machine pressure is uniform, so that the air in the drug particles have enough time to escape from the mold hole, improve the uniformity of the press density, reduce the cutting phenomenon. In addition, the rotary press has the advantages of low vibration, low noise, low energy consumption, high efficiency, accurate weight and so on.

The shape of the press is mostly round at first, then evolved into round, shallow, deep and flat to meet the needs. With the development of profile machine, elliptical slice, triangle slice, rectangle slice, square slice, diamond slice, circular slice and other products have appeared. In addition, with the continuous development of preparation technology, due to the requirements of composite preparation, preparation time, as well as the preparation of special tablets such as double-layer, three-layer, coating, etc., all need to be carried out in a special tablet press. 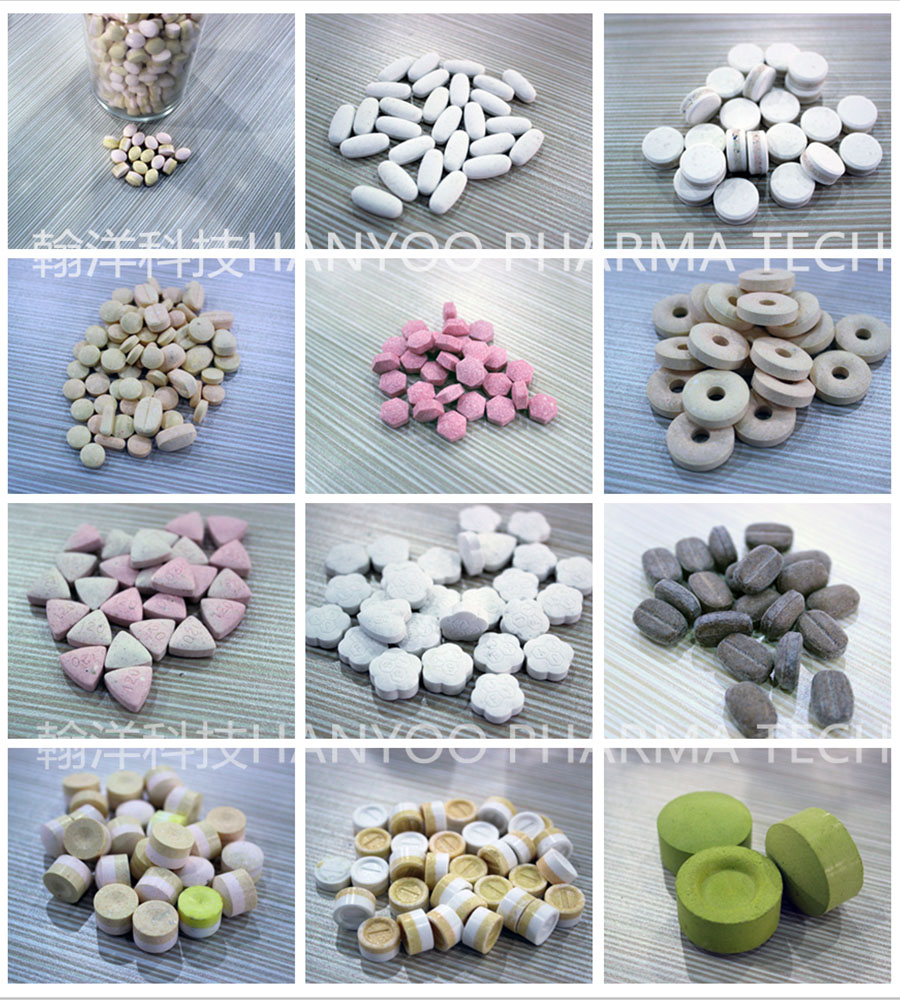