A full automatic liquid hard capsule filling machine, liquid can be loaded in the hard capsule or low or medium viscosity of the material, its characteristic is: a lot in the first run orbital module and the corresponding module, including orbit a node contains a module mounting holes nano capsule, capsule in orbit has a hole, put the hat and cap, the cap body distribution holes are arranged in a module, the first module of the first orbit, and the second track is on the front end, but the second track to match with the first orbital.

A module stacking device for aligning the upper module with the lower module located at the rear of the filling device and superimposing the upper module on the end of the second guide rail; The negative pressure coupling device is used to form a vacuum environment. The capsule body is lifted into the capsule shell, and the upper and lower modules of the filling material are placed on the first orbit and superimposed; The end of the first orbit appears and a filled capsule is sent from the top and bottom modules. 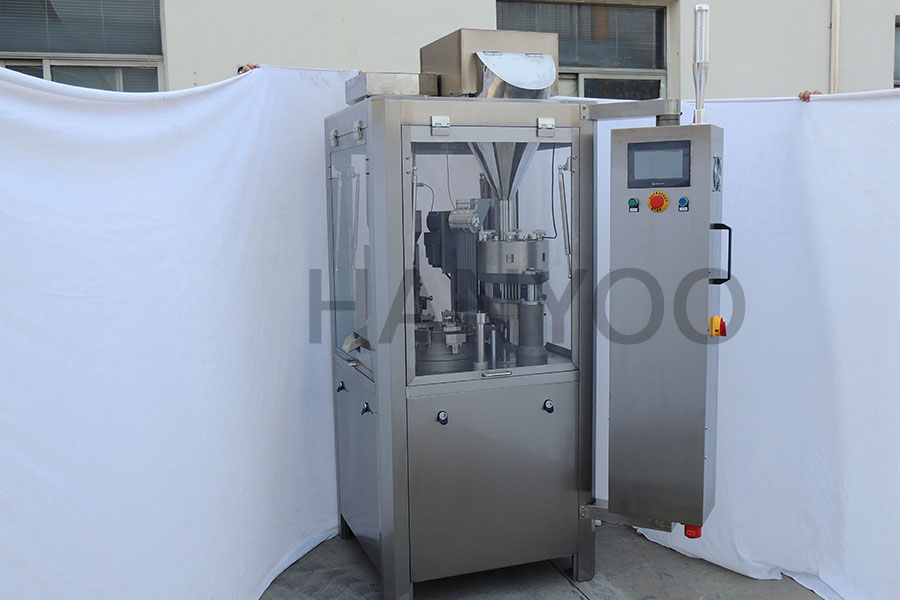